Celebrating the life of

In celebration of her life, Sonia's family has prepared the below tribute.

Well, where do you start with your memories of Sonia? So many have commented on what an amazing lady Sonia was, someone who touched so many hearts with her cheeky sense of humour, her unique and infectious laugh and her deep love of life.

It didn’t take long to become friends with Sonia once you’d met her; she was endearing, sociable, always wanting a laugh. She had this genuine ability to make people feel so happy in her company and she brought fun to whatever she was doing.

Her early years were spent in Clapham, London, having been born in Edinburgh to parents Ada and James Stewart. Sonia was the youngest in a family of five girls; her sisters Linda, Diane, Violet and Yvonne. She was very academic and joined the Metropolitan Police as a cadet in 1977. Although she passed all the exams, Sonia didn’t grow the half inch that they’d expected her to while training, so she didn’t reach the minimum height restriction and that career path came to an end earlier than she had hoped.

She worked for St. Ivel in what Sonia wrote her CV as a ‘Senior Computer Operator’, surprisingly to some, as Sonia wasn’t always the most tech savvy! She was there until 1982, by which time she’d met and married Charles and together they had first Andrew, then Stephen, moving to Scotland in 1986. Not long afterwards Sonia started in what was to become familiar territory, working in a solicitors and estate agents office. Over the next 15 years, Sonia worked in several different firms, progressing to a paralegal and proving her ability, motivation and commitment – qualities that everyone who knew her knows she had in spades.

To her sons Andrew and Stephen, Sonia was a wonderful mum. In their early years, Sonia was able to go back to work with the help of Pat, who, having started out child minding the boys, became a best friend through the endless cups of tea and chats that were shared.

As the boys grew older the family moved homes and jobs, with old friendships left behind and new friendships formed. It was the same with relationships; some ended, and others began. And so, it was in the mid ‘90s that Michael and Sonia met. Michael, who was serving in the Army in Italy, put his house in the UK up for sale, with Sonia coming on board as his solicitor. There was a bit of banter between them – in fact, Michael had even stated he’d take Sonia out to lunch if she was able to sell his house. And true to his word, when he returned to the UK that’s how things played out. They clicked and had their first date buying a sandwich in Safeway at St. Andrews and eating it together in Crail.

Sonia and Michael got married in Norton, Massachusetts in the back garden of Michael’s Aunt and Uncle. The two of them moved to Cruden Bay, where Sonia became a Road Safety Officer, a lot of which involved work with children. She was like a magnet for the kids and loved all the children in her life, not least her own seven grandchildren Tyler and Jack, Niamh, Murron, Isla, Thomas and Cole – as well as Stephen and Lauren’s Charlie.

Eventually, in 2014, Sonia and Michael made their final move up to their house in Maud, where Sonia was happily kept busy with family, friendships and all her pets. Her family were her pride and joy, and she remained someone who always put others before herself, never one to be the centre of attention.

The last six years of her life are testament to Sonia’s bravery. In amongst all her treatment, some of which was very harsh, Sonia battled on, living as best she could. She was so proud to take part in Courage on the Catwalk in 2016 for Friends of ANCHOR.

The help and support of Pat was immensely appreciated, allowing Sonia precious time with everyone at home. Despite the struggles and pain, there were moments of real comfort for Sonia through those difficult years. The visits from those closest to her, the times in the hospital where you could go in and chat to her without distractions, sit for hours remembering with her, and the laughter that was always there, provide great memories to hold onto as we celebrate Sonia and that true joy of living that she embraced. 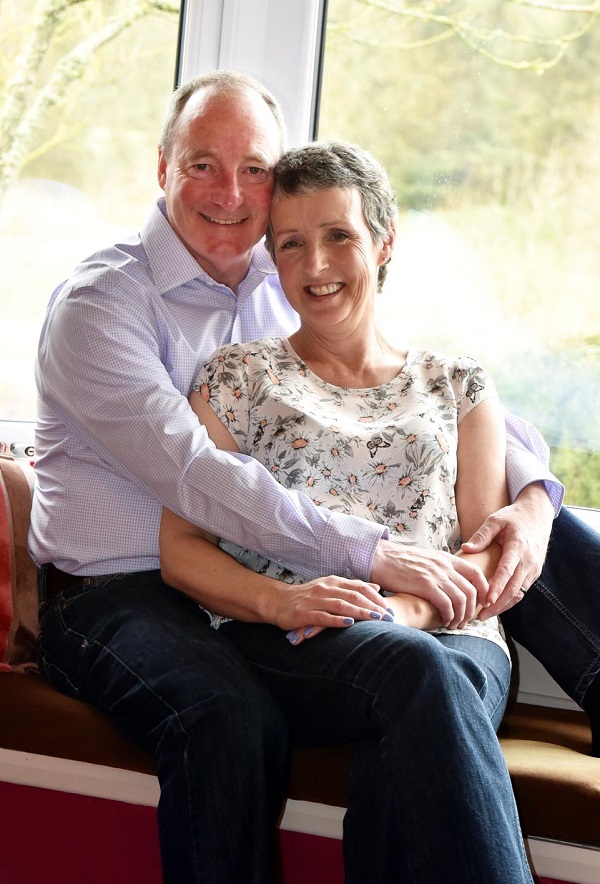 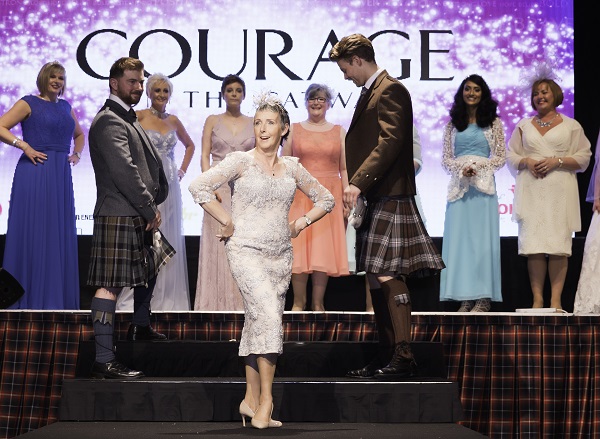 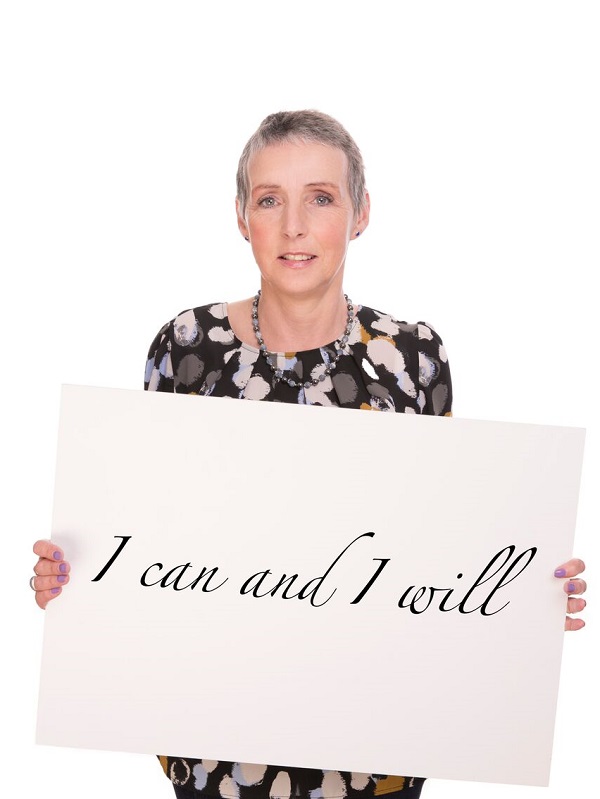 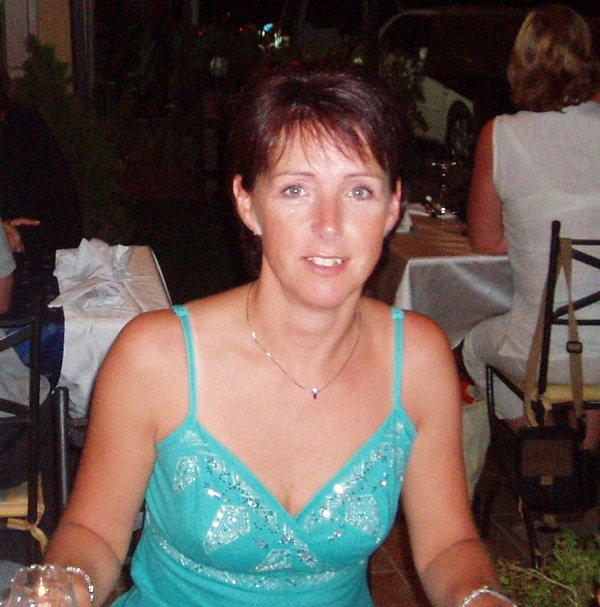 Sonia will be remembered always with a smile by all who knew her. Such a brave lady who went through so much without an outward complaint. It was a pleasure and a privilege to have known you sweet lady, you will be sorely missed. xx

We as a family are all the more richer for having had Sonia in our lives, she had a smile for everyone even though she was having the toughest of times herself. She is one of the bravest, kindest person I have known. Heaven has gained an angel & we will all miss you so very much. We will carry your memory in our hearts xx

So many fun happy memories round our horses Sonia, what fun we used to have and a second mum to me you were an absolutely beautiful person inside and out, this truly is absolutely heartbreaking  xx

This still doesn't feel real, but sadly tomorrow we say goodbye to Sonia.

On the 28th April we all lost one of the most courageous and incredible ladies I have ever had the honour of calling my friend, to Myeloma. In fact she was more than a friend, she became family to all of us.

She fought this disease with her head held high and with the absolute most incredible bravery. Even when things were bad, she was still looking out for everyone else and trying to make sure everyone was OK.

If you knew Sonia you know how amazing she was, you couldn't not like her. Her laugh was contagious, it may have sounded similar to a donkey once she got going and once that started, well usually everyone was roaring laughing by that point.

She loved life, Michael, her sons and their families, her animals everything. It really won't be the same without her. How lucky we are to have had her in our lives.

Love you Mrs B. A true warrior.

Such a kind, wonderful person who blessed our lives, her smiles and strength will shine on, very much missed and touched all our hearts.

Such a kind, wonderful person who blessed our lives, her smiles and strength will shine on, very much missed and touched all our hearts.

We're saying goodbye to you today. I feel so sorry I can't be there and I can't quite believe this has happened to someone with a light as exceptionally bright as yours. My heart really hurts for you and all who are missing you.

My family will never be able to thank you enough for the love, friendship and support you have given to each of us over the years. From Michael too.

You have meant the world to us and our memories of those times will be cherished, always. Ever welcoming and so incredibly encouraging and enthusiastic about things happening with each of us.

As well as that, the sheer strength and positivity you had, to support us all when dad had his sudden battle with cancer, despite you battling cancer of your own. I can't even begin to understand where that strength came from, nor will I ever forget it. None of us will. That's true bravery right there and true love for friends, though I'd say you're both more like family. Truly one of the most selfless people I've known.

How you continually showed that unwavering positivity alongside that beautiful, infectious (often times questionable ) laugh of yours, and just genuinely enjoyed as much of the fun in life as you possibly could. Even turning those small moments, visiting for a cup of tea or bbq at Cedarwood, into genuine, uplifting, heart-filling fun, (the kind you really hold on to in your heart) no matter what awful things you were experiencing.

You were one of a kind in the most wonderful way, Sonia. I've truly never met another soul like you and I know I am blessed to have known you at all and call you a friend and will find comfort in the memories you have left us with. I am just so sorry for what has happened. You're going to be sorely missed by so many people, woman!!

I'll be raising a glass in your memory tonight and you bet your ass I'll always be carrying with me, as much positivity and heart-filling fun as I possibly can, in the biggest life moments and the smallest... and if I can only add a tiny sprinkling of what you brought to the world with your light, I'll have left one hell of a positive impact.

We all love you Mrs B

In celebration of Sonia's life, her family welcomes you to share memories or a message of how her life impacted yours.

Donations made in loving memory of Sonia are welcomed by her family and will be gratefully received by Friends of ANCHOR. Every penny will go directly to the cause, to fund recliner chairs for ANCHOR inpatient ward 112. To date, £3,749.84 has been raised in Sonia's honour, on the fundraising page set up by her family.

Visit the fundraising page
Step 1 - Share your memory or message
-
Step 2 - Your donation (if applicable)
Donate in memory of Sonia Buchan
Make a donation
T 01224 859170
info@friendsofanchor.org
Legal
We use cookies to ensure that we give you the best experience on our website. For details, please check our Privacy Policy
I'm okay with this